Rest, Ease & Flow. A Mental Health Essay For The Holidays 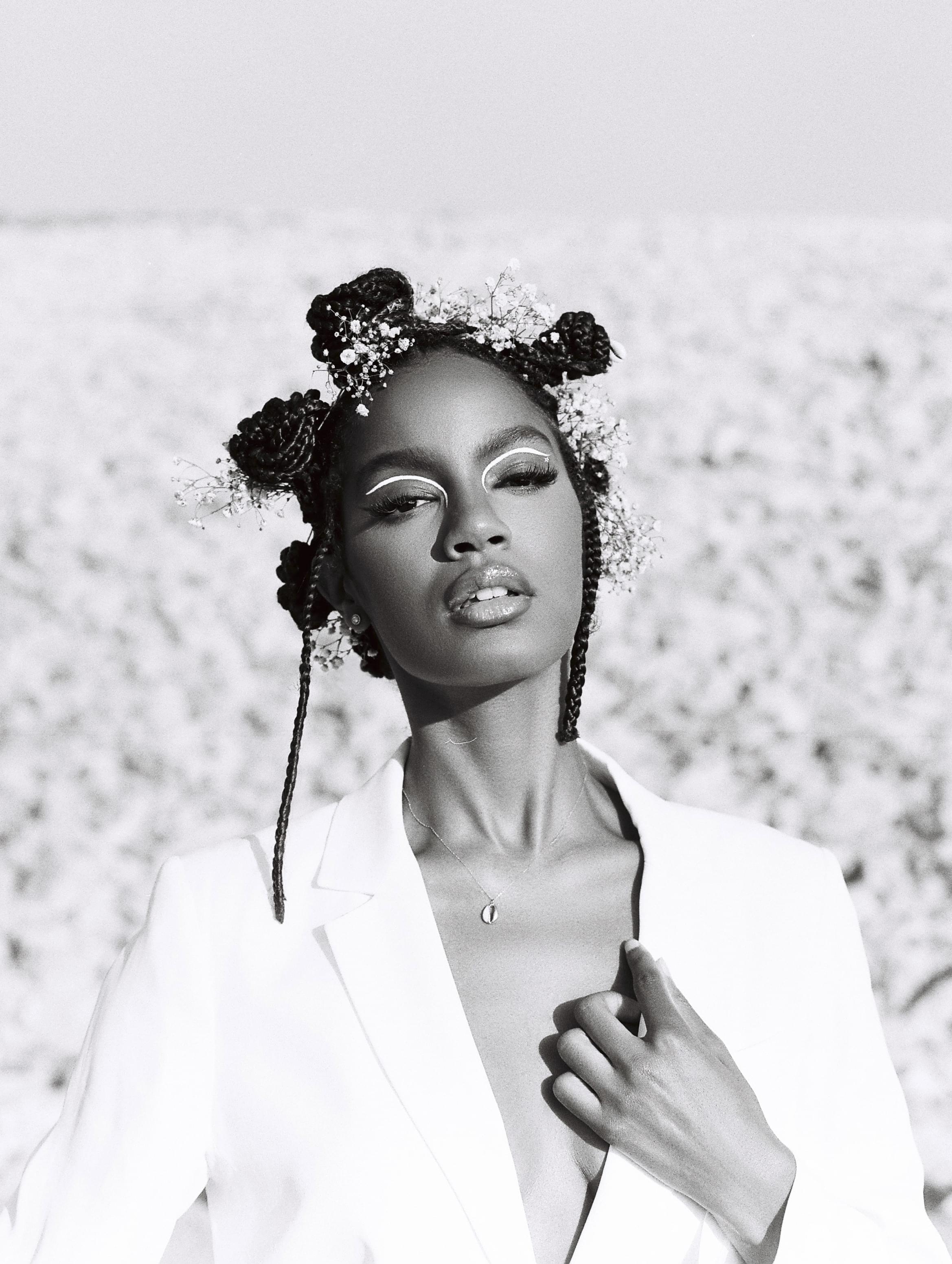 This is a personal essay written by Ebonee Davis, earlier this year. In it, she shares a poetic perspective on the importance of rest, easy, and flow. Something we can all use right now, as we embark on the holiday 2021 season.
Damn, where do I begin? The world went into lockdown a year ago and despite the circumstances that forced everybody into their homes, I felt an overwhelming sense of peace. The peace that comes from uninterrupted time with self. I began making art that I didn’t know lived inside of me before last year. My self-care practices became extensive because literally all I had to care about was myself. I spent 6 months alone in that downtown LA apartment and although the longing for physical contact became excruciating at times, for the first time in a long time, I belonged to me instead of to the world. After 10 years in the industry — 10 years of using my body to serve the visions of others — I was finally granted a moment of autonomy. I was finally FREE.


During this period of time however, I was not oblivious to the suffering going on around me and part of me questioned the immense pleasure I cultivated while in my home. But the real feelings of guilt and shame arose when the world started to open back up again because it seemed as though I was the only person who was happier inside. As the celebrations commenced, I spiraled into a chapter of anxiety and depression. The demands of the world latched on to me once again, tugging at my energy and siphoning the vital life force that I had recently grown accustomed to pouring into myself.
But if quarantine did one thing, it taught me that I have a choice. Lately I have been choosing, rest, ease and flow. I much rather align my energy with Mother Nature than the endless demands of capitalism. She blooms, wilts, dies and is reborn with brighter more vivid ideas and creations. She is gracious in periods of stillness and she never rushes. I know now that freedom isn’t something that is given to us. It isn’t something we ask for or march for or hold up signs for. It is a vibration to be embodied. It is an awareness of our inherent value. It is the result of nurturing ourselves and watering ourselves so that we can do the work we were called here to do and be exactly who we were called here to be.
I hope this helps,
Ebonee. 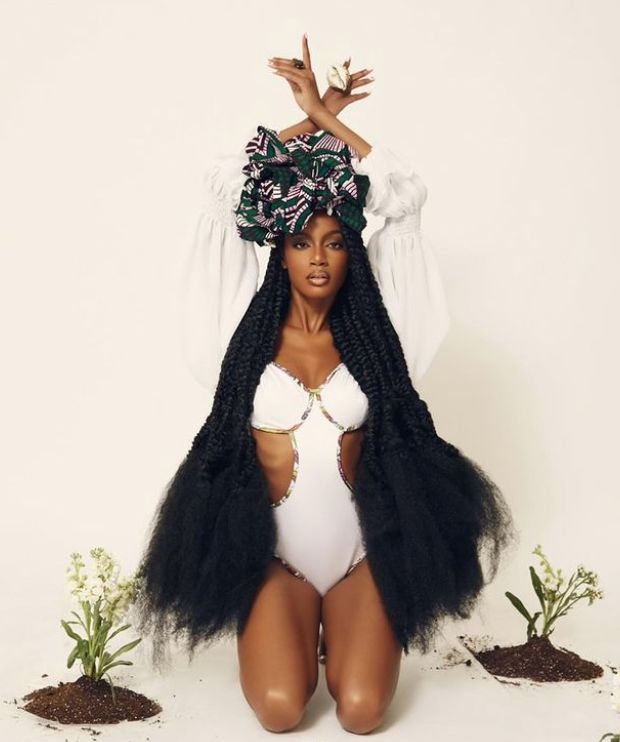 Ebonee Davis is a fashion model, poet, actor and activist living in Los Angeles, California.
Over the last four years Ebonee has become one of the fashion industry's most prominent voices, advocating for representation and diversity in front of the camera as well as behind it. In 2017, after penning an open letter to the fashion industry illuminating the importance of representation, Ebonee was asked to do a TED Talk at the University of Nevada on the topic of systemic bias in fashion which she titled "Black Girl Magic in the Fashion Industry".
Following her talk, she has given countless less talks, participated on panels, and written for numerous publications, all while using her platform as a model to uplift, inspire and create space for those whom visibility has been systematically denied.
She has since appeared in publications such as American Vogue, Sports Illustrated’s Swimsuit Issue, CRWN, L’official, Glamour and alongside songstress Solange Knowles in Office Magazine.  She has also been featured in advertisements for L'Oreal, Kerastase, Fenty X Savage, Ivy Park, Tommy Hilfiger and Pyer Moss.
In 2019, Ebonee founded Daughter Org - a non-profit, educational organization, dedicated to unifying children of the diaspora.
Daughter Org provides sponsorships for young scholars looking to connect with their African ancestry, as well as those who seek to expand their narrative and understand their roots, to return back to West Africa for 2-week immersive experiences.

There is nothing more important than taking care of your mental health. Below is a few of our favorite tools that enhance the quality of our lives. 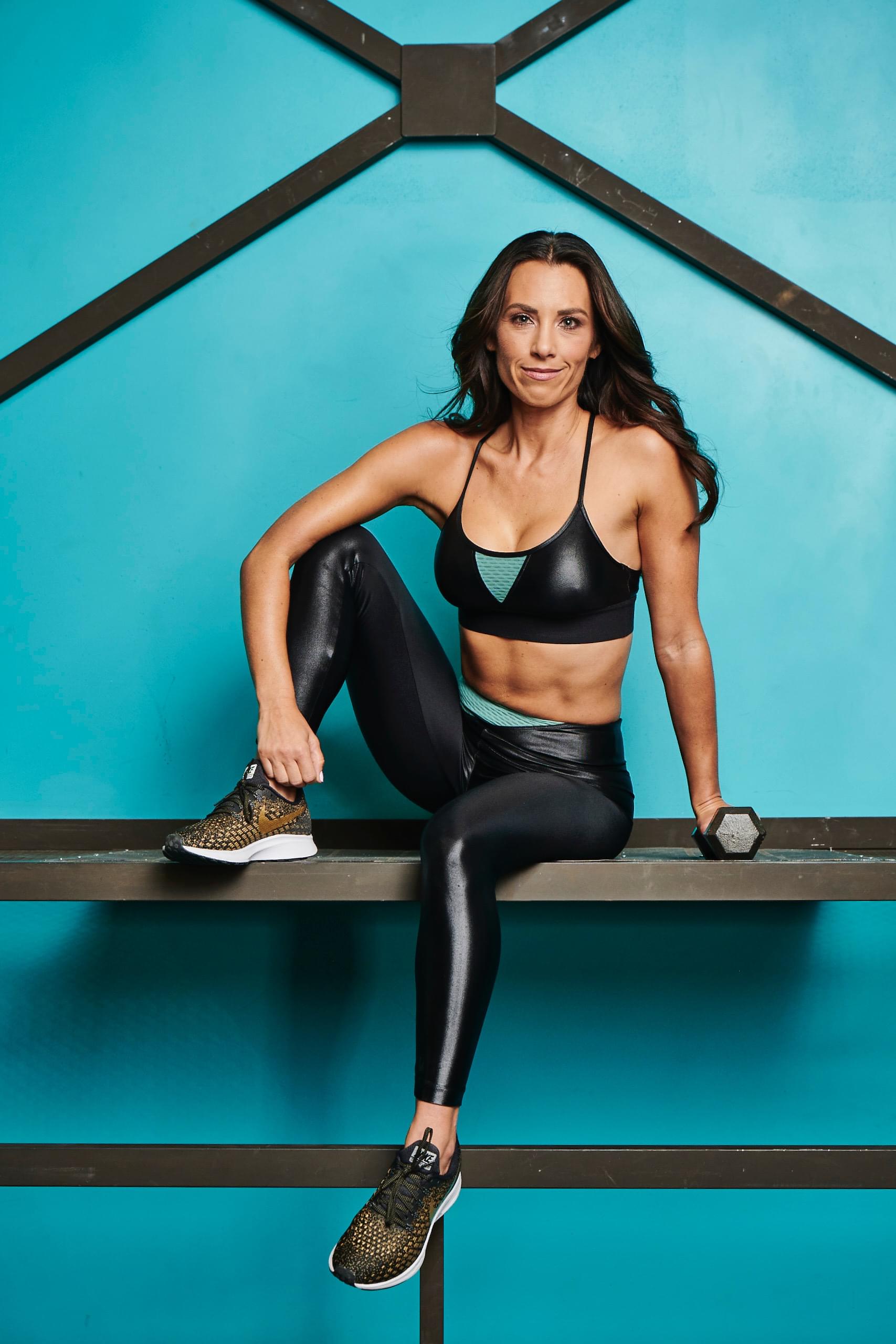 MoodMe founder, Autumn Calabrese, recently celebrated her 10th program with Beachbody. She has plenty of programs for everyone and anyone, at any stage in their exercising game.
Exercise releases chemicals in the brain, like endorphins and serotonin, that can physically improve your mood. From energy and happiness to brain health, memory, and sleep quality- physical activity has a ton of emotional and mental advantages to it. As an added bonus, these chemicals are released within just ten minutes of physical activity. Keep that statistic handy when you really don’t feel like working out. If you commit to a mere 10 minutes of movement, you will most likely be feeling good enough to not only finish the workout, but brighten up the rest of your day, as well.
Learn More > 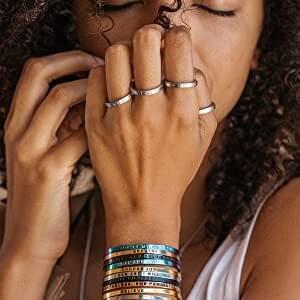 Let these words be your anchor and your reminder that you have the strength and the will to do what it takes. There is nothing that you can't accomplish if you put your mind and heart to it. Always believe that you can, and you will.
Learn More >

Sign up below to receive our weekly newsletter, get access to premium articles, e-magazines, sales, member-only shopping, and more.
Submit